Posted by Leel Jayasuriya at 7:44 AM No comments:

Posted by Leel Jayasuriya at 4:56 AM No comments:

Posted by Leel Jayasuriya at 1:33 AM 2 comments:

Posted by Leel Jayasuriya at 10:07 PM No comments:

Did You Know?: The Life Span of Animals - How Long Do Animals Live?

Did You Know?: The Life Span of Animals - How Long Do Animals Live?
I know animals can talk with us using their senses.
Posted by Leel Jayasuriya at 10:42 AM No comments:

W = f.s = µ. m^2 . 6.4R .10^4 If it is an electron "m" will be .0005 atom mass units If particles or energy particles are not in motion they are available as materials. When a particle is in motion we find it as energy.This way potential energy stored in a cell or at higher elevation can consider only as stored energy. When electrons move in an orbital path around nucleus electrons generating certain frequency for its movement. Energy paticles are releasing from nucleus at this frequency and emit them out of the atom as heat and light at the frequency of orbiting electons around the atom. Energy is available with a frequency When an external force is agitated the atom, the orbital paths that the electron travel will be enlarged. Under these conditions nuecles does not require the previously held amount of enrgy to maintain the electrons in new orbit. Therefore it release some energy in the form of heat, light and any other form. The frequency (resonance) of energy emitted is then similar to the oscillations of electrons orbiting around nucleus. 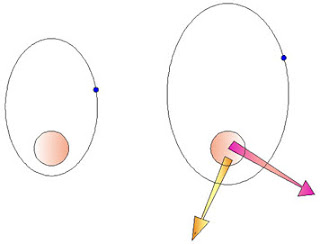 Posted by Leel Jayasuriya at 12:51 AM No comments:

Cathay pacific hijacked on 25th May 2005

Cathay Pacific Hijacked on 25th may 2005
My unsolved doubt is why this matter has not come in to light of the public. I am requesting you to recognize my work.
I am a Sri Lankan, worked in State of Qatar during the year 2005. My name is Kosgahamula Gedara Leelananada Jayasuriya, and my passport number is M 1048966. I came to Sri Lanka on a vacation in May 2005, and went on holiday to Singapore on 25th May 2005, by Cathay Pacific Airways.
When I was purchased the ticket from the ticketing agent he warned me that they got to know from confidential means that travelling on this day will be risky.

I traveled myself alone. I remember at this time Colombo Airport was under renovation. I saw at airport each cabin crew was allowed to enter in as teams. There was a conflict between two teams of flight attendants which team has to go first, when they had to get in to their flights at the terminal. I met a Sri Lankan passenger before the fight and he told me that he going to Singapore to participate on an Aquarium Exhibition and a conference.

Before we were entering in to the airplane I saw a lady, supposed to be the cabin crew supervisor was blaming her other members and saw she had threatened and locked them inside the airport terminal. After that I saw flight attendants who were locked in, were waving in gesture to us. Some of us wave them and laughs why they are waving us without coming to fly with us.Cathay pacific aircraft took off around 09.30 PM.

Now flight took off and the flight supervisor lady was busy. She came back after visiting the rear end and said other flight attendants are inside their sleeping berth and refused to come to serve and she said she will handle all the work. I saw she was wearing a pistol on her belt at waist and I asked what this is for. She said this is for hijack. I said that is a good idea you were supplied with pistols for preventing hijack. When the airplane was on sky there was the time for meals. This flight attendant cannot handle all this work. Then there were some volunteers. They said don't worry and they helped her. It seems those volunteers were skilled in this work and having some experience on doing it.


They are happy now, and they revealed me that there is a large quantity of explosives they brought to blow out the air plane. They said those are right behind the wall to my seating row. They said they will not leave me until my mission is complete. They said they will set time to explode the explosives.
(In the mean time a person { he can be the one I met who said he is attending the aquatic exhibition } asked me in sinhalese language are you the one called "what"? I said yes. He said " you cannot be what. You cannot do such marvels. We all will go and say airport officers "what" is having brown hair. You go to hell." But this part could not understand by terrorists. I told the lady who support in my addressing "You tell airport what exactly happened." Also this guy blamed this lady using dirty words. When terrorists revealed that they brought explosives this part was overpowered. I think this guy might have being hired and previously planed by terrorists to control Sri lankans who will get boarded)
I said I also having the same plan, if my negotiations with Singapore Airport authorities fails. I told them not to set the timing to explosives. My bomb is capable of emitting gamma rays that will penetrate even in to fuel tanks. So it will take effect on their explosives also. Then they asked me how I will come out. I said don't worry; I am wearing a second skin. When I remove this nobody can recognize me. But my problem now is when I remove my skin in front of passengers they will identify me. They said they have an arrangement for this. Now, this moment about 3-4 Cathay pacific flight attendants also available while our plane was landed at air port. They instructed the flight attendants to evacuate the passengers and them also to leave and they will monitor from outside what will happen. So it happened this way. I walked alone into to the airport. (I recently recovered my phone number for this contacts was 0974 5219485)
I was desperate for no one recognized my act, which took part without loss of passenger lives and your airplane from destruction.
This matter was the talk of the Singapore town on next two days. They were searching me, but I had to spent my vacation in a basement room of a hotel.
Airport Authorities may be aware of this incident completely. My unsolved doubt is why this was not come in to light of the public. I am requesting you to recognize my work.
(The only damage caused to Cathay Pacific airline was the 4-5 bullets penetrated in the seat front of me at chest level, for the reason supposed to be my Iron chest can penetrate only if I'm being shot all bullets at exact one location. However, I explained when some one had to shoot at me, the aim was wrong it should be bit turned from the present target point. Cathey pacific later claimed from me for the damage caused to their passenger seat. I thought it was a scam. For fun I replied asking how much.They replied "Nothing much, and it was not by me, but by someone else and damage had being repaired without much expense".)
Hostages on board are having the right to fight against terrorism for their own safety, because in aviation history majority of aircraft hijack incidents ended with destruction and loss of valuable lives. Further, it is evident in recent incidents authorities have never agreed to meet the skyjackers' demands. Skyjackers are getting on board not due to passengers fault. Passengers pay for a comfortable & safe ride throughout the journey. Several governments have decided (Sept. 11) to shoot down hijacked aircrafts including passengers, also enacted in legislations.
Posted by Leel Jayasuriya at 10:55 PM No comments: